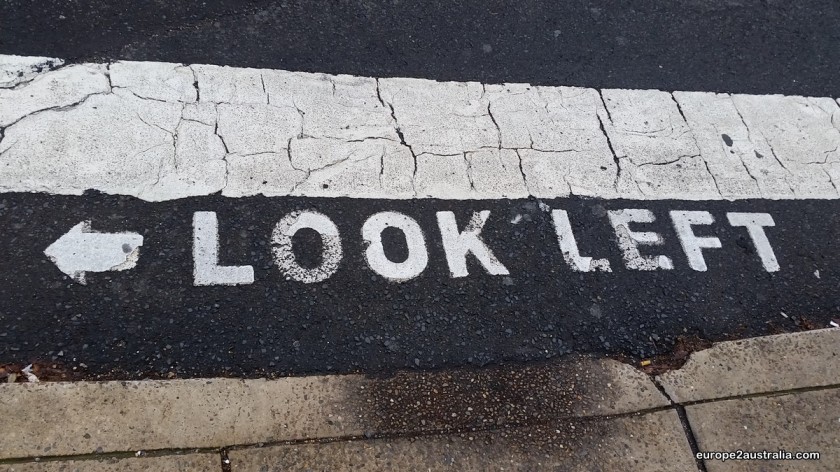 This past week my work has taken me to Sydney instead of Brisbane, for a change. As this was the first time I have been there longer than 8 hours (flying in and out the same day), I had a chance to look around a bit.

Sydney, or rather Sydney Harbour, is the place where the British landed back in 1788 to establish the infamous penal colony that was to become the starting point for the colonisation of Australia. And, walking around the city, there is no denying the similarities between Sydney and London. (Although the weather is a lot nicer here… đź™‚ )

I have spent many a night in hotels like this in London: old houses that have been turned into hotels. Where the outside still has that old look and feel, but the inside has been renovated and is quite modern. And, as with the hotels in London, sometimes the water pipes have not been upgraded, so that water pressure is really low in the morning when everyone wants to take a shower. My colleague was really grumpy when he found that out the hard way.

And, as with London, old warehouses are finding new uses. This one has been turned into shops and housing.

OK, so you don’t have tram-tracks on the streets in London. But you will find the old limestone buildings (housing the same little antique shops) next to the modern structures just the same.

They are even having Cats on!

Well, and then there were some sights that you will not find in London.

From my first impression, Sydney, more so than Melbourne, is a very European metropolis. Lots of parks make it a very green city, with lots of things happening everywhere. I can see why the rivalry between these two cities exist and why, depending on who you ask, either Melbourne or Sydney is “the place to live”. I am definately looking forward to my next visit.

3 thoughts on “Sydney… or London?”