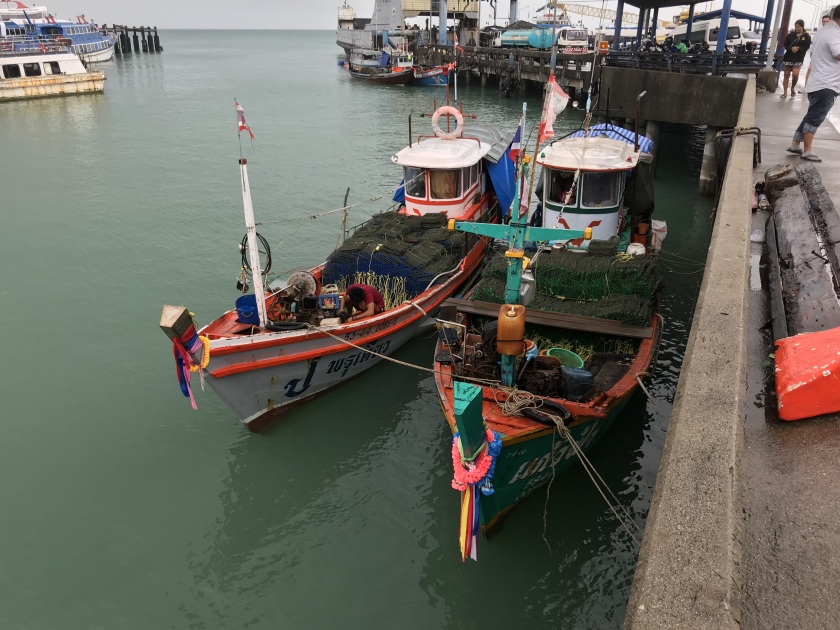 Our first stop in Thailand today was Koh Samui, a small island towards the South of the country. It is a prime vacation spot, with kilometer-long beaches and the hotel-chains to match. Tourism is the biggest industry here, followed by coconuts.

As this island does not have a pier to dock cruise ships, this was to be our first (and only) tender port on this trip, meaning that the ship would anchor in the harbour and the guests (and some of the crew) would be brought to shore in smaller boats. In this case, the boats were provided by a local company, as they were bigger than the ones carried by the Mein Schiff 1.

However, the weather was not on our side today. A large low pressure area was still holding sway in the area, and while we didn’t have heavy winds, the swell was still high enough to make boarding of the tender vessels hazardous. All this led to long lines at the desk where you could collect your tender cards (which determined when you could get on board) and unhappy customers. Added to this was that we had chosen to explore the island on our own, meaning that we had to wait for the booked trips to leave the cruise ship first.

In the end it was almost 10:30am before we were able to leave the ship and take the 30-minute hop to Nathon. By that time the sky had started to cloud over again and the air felt heavy with rain. At least the temperatures were in the high 20’s, so a bit of “liquid sunshine’ wouldn’t be too bad.

We had originally planned on renting a car and exploring a bit of the island, but since the ship was planned to leave again in the early afternoon, we decided to just explore the little port-town, saving our strength for the long trip to Bangkok tomorrow.

The tender boat dropped us off at the end of a short pier and in the middle of a large crowd of taxi drivers, all offering their services at the top of their lounges. Making our way through the crowd with a few choice No-Thank-You’s was easier than expected, and by the time we had made it 50 meters from the boat, the attention of the drivers was focused on more promising prey behind us. 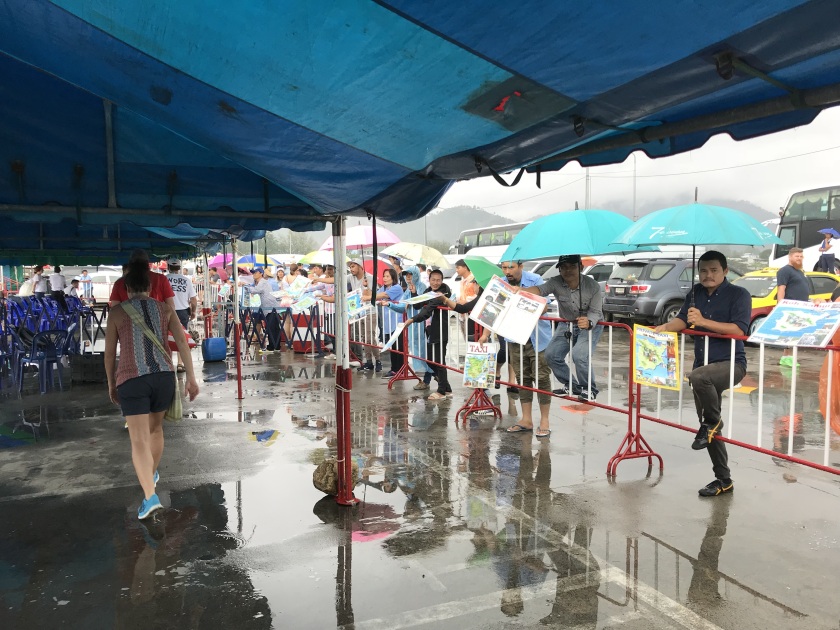 We spent the next hour and a half exploring the small shops (mostly clothing and souvenirs) and local cafes along the main road of Nathon, ending up with a new dress for Luka and a t-shirt for Kai. We even managed to find the well-hidden temple in a side street. 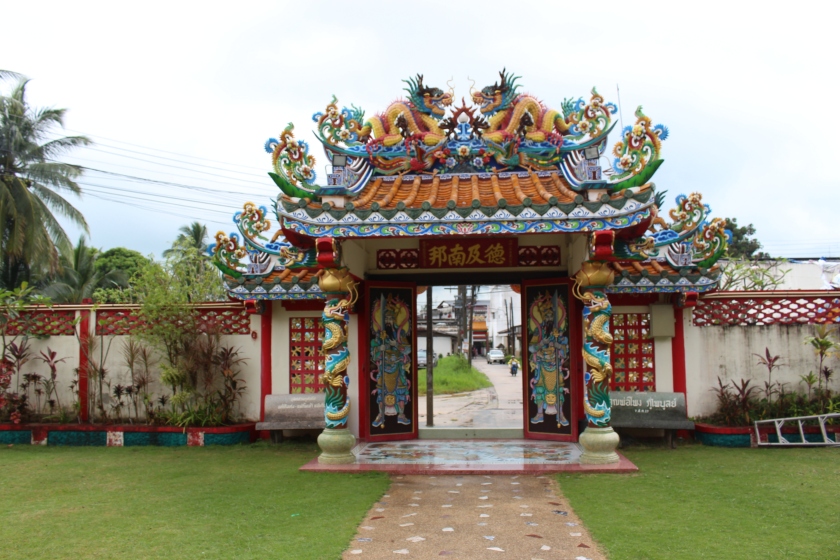 Unfortunately for us, the weather turned against us at that point and the rain started to come down in earnest. While warm and, at least to me, fitting to the country and climate, the kids were less enthusiastic. So we ended up heading back to the boat and into some dry clothes.

The upside was that we had the boat almost to ourselves and Willemijn and I were able to enjoy the lavish sauna area almost by ourselves, not to mention actually finding an empty chair on the sun deck.

All in all it was a good day. Yes, with better weather there would have been more options for some beach time, and, yes, we did miss out on some of the sights of the island (like the “big Buddha” and the mummified monk at one of the temples), but we nevertheless enjoyed ourselves with our mixture of land- and boat time. We rounded out the day with some fitness, a nice dinner at the restaurant and the dance-show in the theater and are now ready for some serious sight-seeing tomorrow. 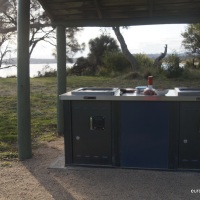