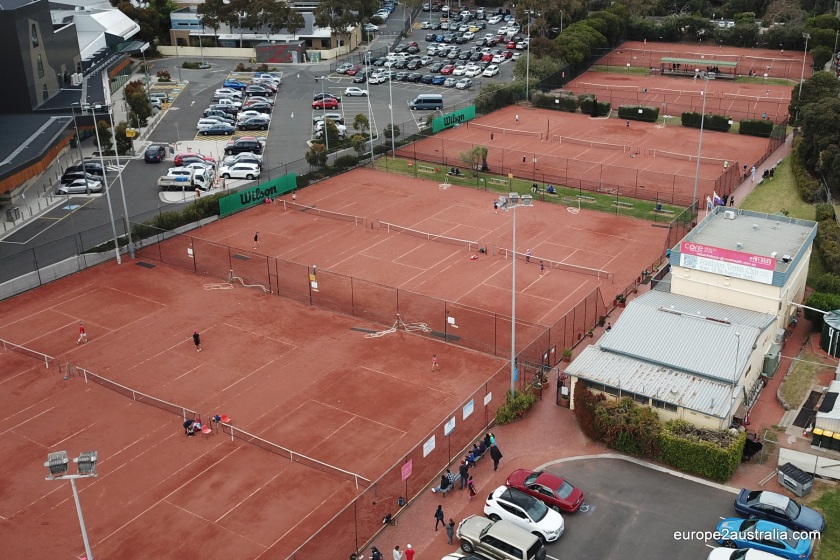 This weekend is a long weekend in Melbourne – because of a horse race. And while that still sounds weird, it is reason enough for a lot of tennis tournaments to be scheduled in and around Melbourne, most of them across three days.

Since Kai made some big improvements in the last few weeks and months, we decided it was time we try this tournament thing again: the 2017 Better Tennis Frankston Cup. And for the doubles we enlisted the help of Seba, one of his classmates and previous doubles partner.

Kai was scheduled to play his first singles on Saturday morning, 8:30h. With Frankston being a 40 minute drive away from home, this meant a very early morning for all of us, as Luka was still going to go to Dutch lessons.

As is usually the case with these events, the 12 and under boys tournament that Kai was in was not the only one happening. The fifteen courts were filled with children of all ages, from 8 or 9 to 16, and a large number of parents spent their day just like I did: watching.

Intended as a trial tournament for a bigger event during the summer holidays, Kai was non the less excited to play a ranking tournament. Winning at least one match would put him on the Australian ranking list, among the top roughly 4,000 tennis players in the country.

An win he did!

And, while he ended up losing his second round match, he non the less continued on in the relegation round for another three matches. No points for those, but plenty of experience.

But the real success – and the reason why Kai had to go back to Frankston for a third day today – came in the doubles. Together with his classmate Seba, they stormed through the field, beating (on paper) much stronger opponents and making it all the way to the finals before meeting their match. It was a joy to watch these two youngsters play their hearts out and having fun on the court.

We are extremely happy and proud of our son, who up until 2 years ago had never even heard of tennis. Well done, Kai!

2 thoughts on “Runners up”